Mashpee – Community Health Center of Cape Cod is excited to welcome two new members to their Board of Directors: Otis M. Porter and Robert C. Anderson. 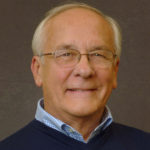 Otis M. Porter worked for Falmouth Public Schools as a History Teacher for more than 33 years. He also served on the Falmouth Police force in various capacities for 48 years. Mr. Porter received his B.A. and M.Ed. with a Concentration in History from Bridgewater State University. He earned a Certificate of Advanced Graduate Study (CAGS) in Policy, Planning and Administration from Boston University, and a CAGS in Educational Leadership from Fitchburg State University. Mr. Porter is the current President of The Scholarship Association of Falmouth and its former Treasurer. He served as a former President of The Falmouth Historical Society and The Falmouth Public Library Support Fund, Inc. He resides in Falmouth, Massachusetts with his wife Nancy H. Porter, who is the President of the Board of Trustees of Highfield Hall. 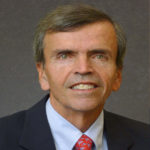